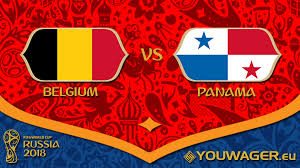 Belgium have one of the best squads at the 2018 World Cup in Russia and now it’s time for the Red Devils to begin their participation at the tournament. In their first match from Group G they are about to meet one of the big underdogs at the World Cup – Panama.

We won’t surprise you by telling you that Belgium qualified in an almost effortless way for the World Cup. Roberto Martinez’ boys proved to be players of enormous class, winning their qualification group with a record of 9 wins and one draw. No losses. They scored 43 goals and conceded just 6, which is also showing how good they are.

Since the end of the qualifying campaign, Belgium played in six friendly games, remaining unbeaten. They have won against Japan, Saudi Arabia, Egypt and Costa Rica, scoring 12 goals in these four games. They also made two draws against Mexico and the European champion Portugal.

In their last game before the World Cup, Belgium crushed Costa Rica with 4-1 in Brussel. Romelu Lukaku scored two goals for the win, while Dries Mertens and Michy Batshuayi also ended the game with a goal.

Panama are one of the most surprising participants at the 2018 World Cup. They have qualified for the competition for a first time in their history, so it’s completely understandable why they are so excited to be here. 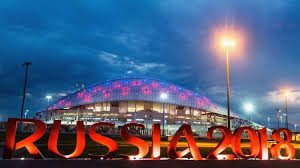 Panama reached the World Cup after a dramatic win in the last minutes against Costa Rica in the last game of the qualifiers. In the friendlies which followed Panama recorded one win – against Trinidad and Tobago, but the 0-6 loss against Switzerland put some questions about this team’s qualities and its chances for something significant at the World Cup. The truth is that Panama are most likely the weakest team at the World Cup this year. And for them it’s a bad luck to play against a team like Belgium in their first game.

If we start to name all of Belgium’s stars, it would cost us a lot of time. It’s a fact that the manager Roberto Martinez have a phenomenal squad on his disposal. Stars like Eden Hazard, Kevin De Bruyne, Vincent Kompany, Thibaut Courtois and Romelu Lukaku are well known among the footblal fans. Add to them players like Dries Mertens, Jan Verthongen, Toby Alderweireld, Moussa Dembele and Axel Witsel and you have a squad, which is probably ready to win the World Cup for a first time in this country’s history.

There ain’t much to be said about Panama’s national team, considering the indiviuals this team have. They have some players in the American MLS, but the majority of this team plays football on a pretty low level. And incomparable to Belgium’s.