Arsenal hosts Everton in a match from the 6th round of the English Premier League. Let’s take a look at this intriguing game at the Emirates Stadium.

Unai Emery’s Arsenal is currently 9th in the Premier League standings with 9 points won. The Gunners started the new season not in the best way possibe, losing two consecutive times. But since then the team is enjoying a run of three consecutive wins, achieved over West Ham, Cardiff City and Newcastle.

In the previous round Arsenal travelled to Newcastle and fought for a 2-1 win over the Magpies. Granit Xhaka and Mesut Ozil scored the winning goals for the Londoners.

Everton are currently 12th in the Premier League standings with 6 points and a record of one win, three draws and one loss. Right now they are in a run of three consecutive games without a win. 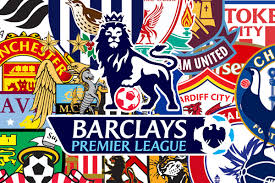 In the previous round Everton suffered their first defeat for the season, losing against West Ham at home. Gylfi Sigurdsson scored Everton’s only goal in the match, but it was not enough for something more in the clash. It was dissapointing, because before this West Ham were without a single point won in the league.

Arsenal can’t use the injured Laurent Koscielny and Carl Jenkinson, while Henrik Mikhitaryan, Lucas Torreira and Aaron Ramsey are doubtful for the game. The good news are that Sead Kolasinac is recovered and ready to play.

Everton will be without the injured Seamus Coleman and Phil Jagielka, while Yerry Mina is still recovering from his injury. The good news are that Andre Gomes and James McCarthy are ready to return on the pitch.

Surely Arsenal are favourites here to record their 4th consecutive win. But in same time, Everton are in trouble and they need a good result. It shall be an interesting one.