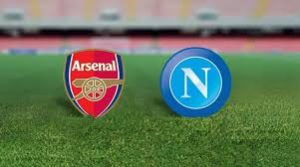 If you’re wonderring which game to watch on Thursday night, better focus your attention on what’s going to happen at the Emirates Stadium in London. In a first leg from the 1/4-finals of Europa League, Arsenal hosts Napoli.

It’s very safe to say that these two teams are among the biggest favourites to win the competition in May. Both teams are being led by very experienced managers, who know how to win European trophies. They also have some remarkable players, which makes this game a must to watch. Who knows – maybe this is the final before the final?

Let’s see how Arsenal and Napoli did in the previous round of Europa League and how exactly they reached the 1/4-finals.

Arsenal were actually pretty close to not be here at all. The Gunners faced Ligue 1’s Rennes and they didn’t do very well in the first leg, which they lost with 1-3 in France. Arsenal really needed a solid performance in the second leg and they did it. Emery’s boys won the second match at the Emirates wtih 3-0 and progressed. Pierre-Emerick Aubameyang scored two of the goals in Tomas Koubek’s net, while Ashley Maitland-Niles added one more.

Contrary to Arsenal, Napoli did much better in the first leg against Salzburg. In Naples they achieved a solid 3-0 win, which really put them in the role of a solid favourite. An early goal from Milik in the second leg decided everything. Until the end of the game Salzburg scored three goals, but they were not enough for the Austrian team.

It’s going to be a huge pleasure to watch the tactical battle between two top class managers like Unai Emery and Carlo Ancelotti. Arsenal and Napoli have what it takes to offer us a great spectacle. Let’s see!