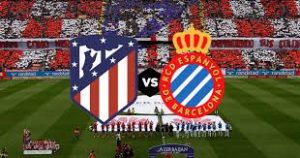 Atletico Madrid welcomes Espanyol in a game from the 17th round of the Spanish La Liga. Here are our thoughts about this clash at the Wanda Metropolitano in Madrid on Saturday afternoon.

Atletico are currently third in La Liga with 31 points won, being with a record of 8 wins, 7 draws and just one loss. In their last five games Cholo Simeone’s boys are doing pretty well, winning three times and doing two draws. In their last fixture Los Rojiblancos enjoyed a 3-2 win during the visit to Real Valladolid. A goal from Nikola Kalinic and a brace from Antoine Griezmann ensured the win for Atletico. Fernando Calero scored for Valladolid, while Saul scored himself an own goal.

Before this win against Real Valladolid, Atletico enjoyed another win against Deportivo Alaves at the Wanda Metropolitano.

Espanyol on the other hand are 11th in the league standings with 21 points and a record of 6 wins, 3 draws and 7 losses. In their last five games Los Pericos are pretty terrible, conceding five consecutive losses.

In their last game Espanyol suffered a 1-3 defeat at home against Real Betis at the RCDE Stadium. Sergio Garcia opened the score for Espanyol, but Betis claimed the win with goals from Giovani Lo Celso, Cristian Tello and an own goal from Oscar Duarte.

There was a moment in the season when Espanyol were doing pretty well, but this moment passed. Right now the Catalans are the team in the worst shape in the entire league.

Atletico Madrid are the huge favourite against Espanyol, of course. Cholo Simeone’s team is fighting for the title and they know how to win games like this one. As for Espanyol, Los Pericos will have a very tough task at the Wanda Metropolitano, that’s for sure.