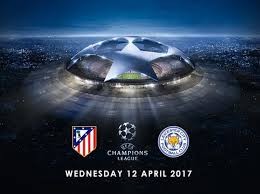 After reaching two times the final of the competition, losing by Real Madrid, now Diego Simeone will try to reach the final for a third time. He was very close to winning the trophy for a first time in the club’s history, so can he do it now?

Leicester on the other hand improved drastically after the club legend Claudio Ranieri was sacked and replaced by Craig Shakespeare. The Foxes started winning a game after game in the Premier League, while in same time they managed to beat the odds and eliminate Sevilla from the Champions League after winning the first leg in Spain.

Although Leicester are the current champion of England, Atletico remain the heavy favourite to go through to the 1/2-finals. The Los Colchoneros are still one of the top teams of the Champions League, as they possess enough quality to eliminate every other in the competition. Their goal is no less than the final and the trophy, so do not underestimate them at any point.

As for Leicester, it’s hard to say what are the exact ambitions of The Foxes in the Champions League. Most probaby they will be happy with every kind of performance from now, as they already reached the 1/4-finals, which is a huge step for them.

Atletico is the heavy favourite to take the win, but against Sevilla Leicester already showed us that they are able to beat the odds and eliminate a big club from the competition. Have this in mind, before betting against them.

The Foxes already reached survival in the Premier League (or at least – most surely), so now they can show their best without much pressure on their shoulders. In same time Atletico continue to chase the final, so expect to see them very motivated against the English team.