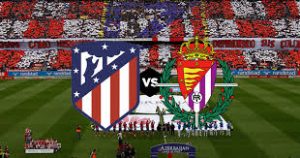 Atletico Madrid hosts Real Valladolid in a match from the 35th round of La Liga. We are going to have a look at this clash at the Wanda Metropolitano on Saturday afternoon.

Given the fact that in the same day Barcelona can oficially win the title if they beat Levante, Atletico are not playing for much until the end of the season. All they can do now is keep the second place in the league, currently being 6 points ahead of the 3rd Real Madrid. It won’t make a big difference, but it’s always a nice feeling to finish above your big local rival.

In their last five games Atletico Madrid are showing pretty solid form, winning four times. They only suffered a loss during the visit to Barcelona at the Camp Nou, which basically won the title for the Catalans. In their last game Los Colchoneros enjoyed a pretty tough 3-2 win during the home game against Valencia. Alvaro Morata, Antoine Griezmann and Angel Correa scored for Cholo Simeone’s team. 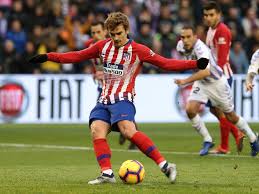 Real Valladolid are still fighting for survival and their future in the league. Right now they are above the line, being 17th in the league with 35 points, but this is just one point above the 18th Girona and the relegation zone. So far Valladolid have a record of 8 wins, 11 draws and 15 losses in the league.

In their last five games Real Valladolid won only once – against Girona in the previous round, doing two draws and suffering two losses. This win against Girona could be crucial for Sergio’s team. Michel scored the only goal in the game in the 67th minute, clinching the win for the hosts.

Maybe this game between Atletico Madrid and Real Valladolid is more important for the visitors than it is for the hosts, but we highly doubt that Cholo Simeone’s boys will just sit and let their opponents win.