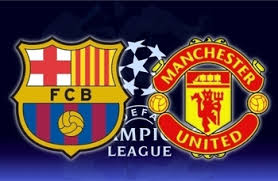 After winning the first leg at the Old Trafford with 1-0, Barcelona welcomes Manchester United in as second leg from the 1/4-finals of the Champions League. The Catalans are favourites to progress, but you shall not think that United will just hand them the win.

The first leg in Manchester was far from spectacular. Both teams played with a lot of caution, which led to a tactical battle between them at the Old Trafford. The only goal in the game was scored in the first half, when Manchester United’s left back Luke Shaw scored himself an own goal after a header from Luis Suarez. Shaw will be suspended for the second leg at the Camp Nou, so the manager Ole Gunnar Solskjaer must find a way to replace him.

We shall expect to see Manchester United being defensive at the Camp Nou, despite of the result in the first leg. Yes – they lost the first game and they need goals, but it could be a suicide to open your defense against Barcelona at the Camp Nou. Most probably the manager Ole Gunnar Solskjaer will replicate his tactics from the game against PSG, when he used counter-attacks to hurt the French team. 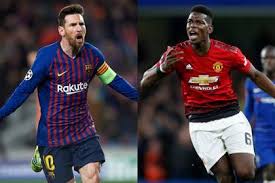 As for Barcelona, their manager Ernesto Valverde had the chance to rest his entire team against Huesca during the weekend. As we know, the Catalans already have a solid advantage at the top of La Liga, which now gives Valverde a chance to rest his players more. This could be very important for Los Cules against Manchester United.

We have every reason to expect a thrilling game between Barcelona and Manchester United on Tuesday night. The Red Devils already did something heroic against PSG in Paris, but now the big question is – can they do it again in the Catalan capital?