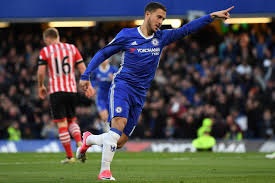 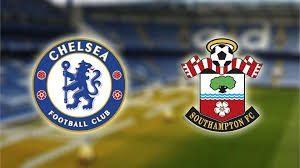 With only one thought in mind – to win, Chelsea welcomes Southampton at the Stamford Bridge in a game from the 21th round of the Premier League.

When the season in the English league began, we all thought that Chelsea are going to be a huge contender for the title. Maurizio Sarri’s team started the campaign very well and even topped the table in a certain moment. But not for long. Right now the Blues are 4th in the standings with 43 points, trailing on 11 points behind the leader Liverpool. How you can see, for Chelsea it’s going to be very difficult to fight for the gold medals.

In 20 games played so far in the Premier League, Chelsea won 13 of them, made 4 draws and suffered 3 losses. In their last five fixtures the Londoners are near perfect – four wins achieved, with only one defeat conceded against Leicester City at home.

The world champion N’Golo Kante was Chelsea’s big hero during the visit to Crystal Palace at the Selhurst Park in the previous round. The former Leicester midfielder scored the winner against Palace, ensuring very important points for his team. Right now Chelsea do not look like a contender for the title, but they can still fight for their place in the Top 4.

As for their next opponent – Southampton, the Saints are engaged in a fight against relegation. Right now they are 17th in the standings with 15 points, being on par with the 18th Burnley and the danger zone. Southampton are a team which really needs points right now.

In their previous fixture the Saints welcomed the champion Manchester City at the St. Mary’s, but suffered a 1-3 defeat. The Danish international Pierre Emil Hojbjerg scored for Southampton, but City were much better.

This is our preview of the Premier League game between Chelsea and Southampton.