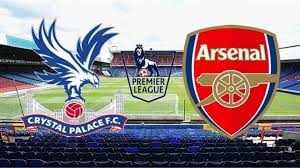 Crystal Palace faces Arsenal in a game from the 10th round of the Premier League. This game is going to be played at the Selhurst Park in London on Sunday afternoon.

Crystal Palace are 15th in the Premier League standings with 7 points won so far. Their record is pretty average at the moment – 2 wins, 1 draw and 6 defeats. The manager Roy Hodgson probably hoped of a better start of the new season.

Lately Palace are having serious trouble. The Londoners are in a run of three consecutive defeats in the league, losing against Bournemouth, Wolverhampton Wanderers and Everton. This is the reason why right now Crystal Palace are just 2 points above the 18th Fulham and the relegation zone.

It sounds like a deja-vu for Palace. Last season they were fighting against relegation and right now they are entering a fight like this again.

Arsenal on the other hand are flying under the management of Unai Emery. After starting the season with two consecutive defeats, right now the Gunners are enjoying a run of 7 consecutive wins. Arsenal are currently 4th in the standings with 21 points, being on par with the 3rd Chelsea and trailing on just 2 points behind the leader Manchester City.

In their last game Arsenal enjoyed a 3-1 win at home over Leicester City. Hector Bellerin scored himself an own goal, but the home team turned the game around with goals from Mesut Ozil and Pierre-Emerick Aubameyang (twice).

Surely Arsenal are the big favourite here. Emery’s boys are in a terrific form at the moment, so they’d like this to continue against Crystal Palace as well. If they keep this level of performance, Arsenal could be even a title contender this season. This would be just great for the fans of the team.