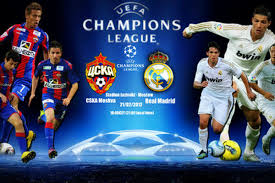 CSKA Moscow hosts Real Madrid in a match from Group G of the UEFA Champions League group stages. Here are our thoughts about this game in the Russian capital.

CSKA started their Champions League campaign with a draw – 2-2 against Viktoria Pilzen at the Doosan Arena in Pilzen. The Czech team had a lead of two goals, but CSKA managed to equalize with goals from Fedor Chalov and Nikola Vlasic. The second goal was scored after a penalty kick in the last seconds of the game.

Some would say that CSKA must be dissapointed with this result, but the truth is that they were lucky to win a point against Viktoria.

In the Russian Premier League CSKA are currently 4th in the standings. They are trailing on 6 points behind the leader Zenit, having a record of 4 wins, 4 draws and 1 loss. In their last game, CSKA enjoyed a 1-0 win during the visit to Orenburg. The only goal in the game was scored by Fedor Chalov from a penalty kick.

Real Madrid, the current holder of the trophy, started their season with a bang, beating Roma with 3-0 at the Santiago Bernabeu. Los Blancos showed to everyone that they can win, even without the superstar Cristiano Ronaldo. Isco, Gareth Bale and the new signing Mariano Diaz scored for the win against the Italian team.

In La Liga Real Madrid are having some problems. They are currently 2nd in the league standings, winning just one point from their last two games. In their last game Real Madrid made a 0-0 draw against Atletico Madrid in the capital derby at the Bernabeu.

This is what we think about the Champions League game between CSKA Moscow and Real Madrid in the Spanish capital. We wish you good luck!