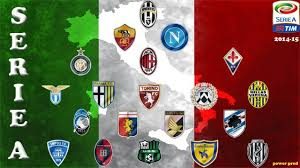 Fiorentina hosts Napoli in a match from the 35th round of the Italian Sere A. This is an important game from this round, so let’s have a look at it.

Napoli once again made the league interesting by beating Juventus in the previous round. Now the Azzuri are just one point behind Juve, having a realistic chance to become champion. In order to do this, Napoli have to win all of its remaining games and hope that Juventus will make at least one mistake.

Right now Napoli have 84 points and a record of 26 wins, 6 draws and just 2 losses. They are the team with the less amount of losses this season. They are one point behind Fiorentina and they will hope to keep their title dream alive in Florence.

Fiorentina are 9th in the Serie A with 51 points. Their record shows 14 wins, 9 draws and 11 defeats since the beginning of the season. In their last five matches Fiorentina won twice, lost twice and made one draw. Right now they are in a run of two consecutive losses, suffered against Lazio and Sassuolo.

Fiorentina are not playing for anything at this moment, but they can play for Juventus. Winning even one point against Napoli would be a huge gift for the champions in the title race. And the contrary – Napoli will try to win at any cost, because a mistake here could mean game over for them.

This is why the match between Fiorentina and Napoli is going to be so interesting. There’s a lot to be decided in this match – will Napoli stay in the title race or they will give up, despite of winning at the Juventus Stadium a week ago? Wanting it or not, Fiorentina could make a big present to Juventus.