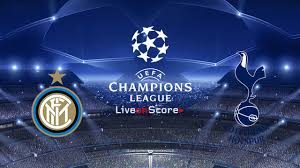 The Champions League is about to start once again. We are taking our attention to Group B of the competition, where Inter are hosting Tottenham Hotspur at the legendary Stadio San Siro.

Well, it has been a long wait for Inter to return among Europe’s elite. The Italian club won the competition for a third time in 2010, but in the last few years the Nerrazurri were not able to qualify for the tournament once again. It all changed with the appointment of the experienced manager Luciano Spalletti, who managed to return the club in Europe’s top competition. This happened last season, when Inter finished in the Top 4 of the Serie A for a first time since a few years of time.

Now all of Inter’s fans are impatient to watch their favourite team in the Champions League once again. But they are also a little bit worried, because the Nerrazurri didn’t start the new season in the Serie A in the best way possible. Spalletti’s boys won just one of their first four games for the new campaign and they are currently 15th in the league standings with just 4 points won. In the last round of the league, Inter suffered a very dissapointing 0-1 loss at home against the newcomer Parma.

Tottenham on the other hand are returning to the competition once again under the guidance of their much talented manager Mauricio Pochettino. Last season Tottenham reached the 1/8-finals of the Champions League, but they were eliminated by Juventus. Now Spurs will try to do better.

The game between Inter and Tottenham at the San Siro shall be a very interesting one. We can’t wait to see it. What about you?