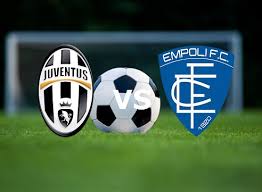 The champion and convincing leader in the Serie A Juventus hosts Empoli in a match from the 29th round at the Allianz Stadium in Turin. Let’s take a look at this fixture.

Just how everyone expected, Juve are marching on towards another title in the Serie A. Right now the Bianconeri are at the top of the league, having 15 points advantage in front of the 2nd Napoli. Nobody doubts anymore that Juventus could miss winning the title in this current situation.

In the previous round the Old Lady conceded its first loss for the season, losing its visit to Genoa. Surprisingly for everyone, the game ended with a 2-0 win for Genoa. Sturaro and Pandev scored for the Griffoni. 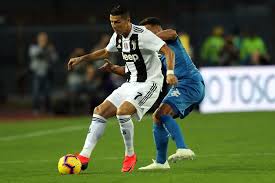 Just like it was against Genoa, Juventus will have to deal with Empoli without the injured superstar Cristiano Ronaldo. The striker recieved an injury during his last game for the Portuguese national team, so he’s going to be sidelined. But even without him, Juventus have enough firepower to deal with Empoli, especially at home.

Speaking of Empoli, they are 17th in the standings with 25 points won so far. The problem for them is that their advantage in front of the 18th Bologna and the relegation zone is just one point. Empoli are in a serious need of points at the moment, that’s clear.

Right now Empoli’s record in the league looks like this: 6 wins, 7 draws and 15 losses. In their last five games they won twice, lost twice and made one draw.

In Empoli’s last game they achieved a 2-1 win at home against Frosinone. Francesco Caputo and Marko Pajac scored for the home sie.

That’s our thoughts about the Serie A fixture between Juventus and Empoli at the Allianz Stadium on Saturday evening. Good luck!