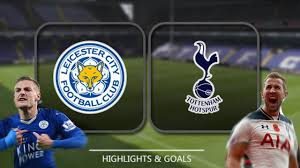 Leicester City welcomes Tottenham Hotspur in a match from the 16th round of the English Premier League. Here are our thoughts about this clash at the King Power Stadium in Leicester.

Leicester City are doing pretty decent since the start of the season. Right now the Foxes are 9th in the Premier League standings with 22 points and a record of 6 wins, 4 draws and 5 defeats. In their last five games Leicester are unbeaten, winning twice and doing two draws. This shows us that Claude Puel’s team is in a pretty good place at the moment.

In their last game Leicester visited Fulham at the Craven Cottage, where they faced their legendary title-winning manager Claudio Ranieri. The game in London ended with a 1-1 draw. Aboubakar Kamara opened the score for Fulham, but Leicester’s James Maddison equalized just 15 minutes before the end.

For Leicester it’d be a very good achievement if they manage to keep their place in the middle of the standings. If they continue to perform like this, they won’t have any problems doing it.

Tottenham on the other hand are 3rd in the Premier League with 33 points and a record of 11 wins and 4 defeats. Right now Spurs are the only team in the league without a draw since the beginning of the season. In their last five matches Tottenham won four times and suffered only one defeat – against Arsenal.

In their last fixture Tottenham enjoyed a 3-1 win over Southampton at the Wembley. Harry Kane, Lucas Moura and Son Heung-Min scored for Mauricio Pochettino’s team.

These are our thoughts about the Premier League game between Leicester City and Tottenham Hotspur at the King Power Stadium in Leicester. Whatever you have decided about this one, we wish you good luck!