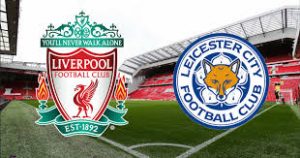 Liverpool hosts Leicester City in a match from the 21th round of the English Premier League.

Jurgen Klopp’s Liverpool are 4th in the Premier League standings with 38 points won so far. The Reds’ main goal is a place in the Top 4 and a Champions League football next season. But it’s not going to be easy for them to secure a Top 4 place. Right now Liverpool have just one point advantage in front of Tottenham and Arsenal, so the fight is going to be really intense. Every point is going to be decisive.

Liverpool have a record of 10 wins, 8 draws and 2 losses since the start of the season. They rarely lose games, but they lost a lot of points while doing draws. This type of inconsistency is Liverpool’s biggest problem this season. In their last five games The Reds won just two times, making three draws in the process. Which proves what we just said.

Meanwhile Leicester are 8th in the Premier League standings with 27 points and a record of 7 wins, 6 draws and 7 losses. They are moving well this season, we can say. The Foxes’ main goal this season was a finish around the middle of the table and we can say that right now they are doing a pretty good job. The most important thing is to be safe and stay away from the relegation zone.

Jordan Henderson and Alberto Moreno are unavaliable for selection for Liverpool. In the same time Daniel Sturridge is once again recovering from an injury, so it’s not clear if he’d be able to play.

Leicester can’t use Danny Simpson and Robert Huth, who are injured.

This is a good chance for Liverpool to add one more win to their record. They should deal with Leicester at home, if they want to qualify for the Champions League.