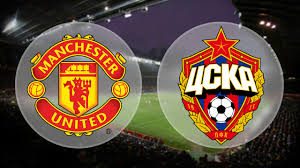 The leader in Group A of the UEFA Champions League Manchester United hosts CSKA Moscow at the legendary Old Trafford in Manchester.

It’s a good campaign for Manchester United so far. Jose Mourinho’s team already won the group, so now they could play their last game with a little bit more calmness and pressure free. Whatever happens against CSKA, they can’t be beaten for the first place.

That’s why most probably we are going to see Mourinho giving a rest to some of his key players and give other a chance to shine. The Red Devils are currently engaged in a difficult campaign for the title in the Premier League, so you can be sure that Jose Mourinho will want to rest his stars everytime when it’s possible. And this game is a good moment for this.

During the weekend Manchester United had a tough visit to Arsenal in London, so now some of the key players will get a well deserved rest. The question is – how exactly this is going to affect the team against CSKA?

There’s a little doubt that the Russian team will travel to Manchester with a full force. They still have a chance to qualify for the next stage and they will try to use it. They know that a win against United will give them a big chance, if Benfica help them against Basel in the same time.

The first game between these two teams did not end good for CSKA, because United enjoyed a 4-1 win in Moscow. The big difference now is that this time United are not playing for anything. And this is CSKA Moscow’s big chance tonight. If they manage to use this fact as their own advantage, then maybe they’d have solid chance to go through. Let’s see.