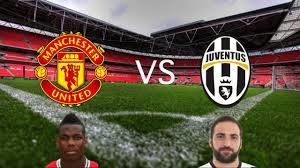 On Tuesday night everyone will look up to the Old Trafford, where Manchester United faces Juventus in the big derby of the day in the Champions League. This is a match from Group H of the competition.

Manchester United are a team with some serious problems at the moment. It’s not a secret that the manager Jose Mourinho is heavily criticized, plus United are not doing very well in the Premier League. There’s a lot of pressure right now on Mourinho’s shoulders and many people are doubting him at this moment.

Right now United are 2nd in this group with 4 points. The Red Devils didn’t have any problems against Young Boys in the first round of the competition, but lost two points during the home draw against Valencia. The English team is still in a good position to chase a place in the next phase of the competition, but United needs some positive results in the next two games against Juventus.

And it won’t be easy.

Led by Manchester United’s ex-star Cristiano Ronaldo, the Old Lady is among the big favourites of winning the trophy. Juventus are chasing their first CL triumph since more than 20 years and they believe that right now they have what it takes to do it.

Juventus are currently leading the group with 6 points, achieved after two wins over Valencia and Young Boys. Cristiano Ronaldo missed the game against the Swiss team, but now he’s ready to return on the pitch against his former team.

We shall expect a really thrilling game between Manchester United and Juventus at the Old Trafford. United are motivated to show that they can fight for the first place in the group, but Juve won’t give up that easy from it. It’s going to be a really great day for football.