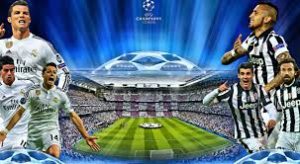 Real Madrid hosts Juventus with a thought for the 1/2-finals of the Champions League. This second leg from the 1/4-finals will be played at the Estadio Santiago Bernabeu in Madrid.

Real Madrid are in a much favoured position after a spectacular 3-0 win over Juve in Turin a week ago. Cristiano Ronaldo scored a brace for the European champions, while Brazilian international Marcelo added one more goal for the Los Blancos.

If you believe in miracles, maybe you think that Juventus still have some chance to eliminate the reigning champion. But let’s be real – it’s highly unlikely that Real Madrid are going to miss such an advantage from the first leg.

Zinedine Zidane’s team knows very well that they have everything in their hands. Despite of falling short in the title race in La Liga, Real Madrid remain maybe the best team in Europe right now. After giving up the title in La Liga to Barca, Real Madrid are determined more than ever to win the Champions League. If they do it for a third season in a row, this would be really a spectacular achievement by Real Madrid.

It’s really unexplainable what happened to the Los Blancos in La Liga. But for some reason, Real Madrid found it really difficult to be consistent in the domestic championship. Now they have the chance to fix the mistake in the Champions League.

As for Juve, they are on course to win another Serie A title. Of course, the Old Lady still dreams about winning the Champions League for a first time since 1996. But for now it just doesn’t happen, despite participating in few finals. Including last season in Cardiff against Real Madrid. Juventus will try again next season, but now it seems that tonight they will play their last game in the competition for this campaign.