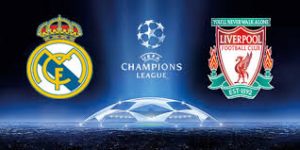 Real Madrid and Liverpool meet in Kiev in the big final of the UEFA Champions League. Let’s have a look at this amazing game, which will define these two club’s seasons.

For both clubs it’s very important to win this trophy, mainly because they failed in their domestic leagues. Real Madrid lost the title in La Liga to Barcelona, while Liverpool finished 3rd in the Premier League. That’s why we said that this match will define these two teams’ seasons.

Real Madrd are on the verge of winning the European crown for a record 13th time. They can also become the first club in history to win the Champions League for a third consecutive time. In the last two years they beat Atletico Madrid and Juventus in the finals. Can they do the same against Liverpool as well?

We can say that Liverpool are the underdogs here, because most of the pundits favour Real Madrid to win. But maybe this is Liverpool’s big chance here – to be the underdog and to surprise everyone by winning.

For sure this Liverpool team is strong enough to beat anyone. They proved it against Manchester City in the 1/4-finals, when most of the people favoured City to win.

But it’s going to be very difficult for Liverpool to beat Real Madrid. The Los Blancos are just amazing in Europe in the last few years. They are just unstoppable in the Champions League. If Liverpool’s manager Jurgen Klopp finds a way to beat Madrid and Zinedine Zidane, this would be the biggest win in his career so far.