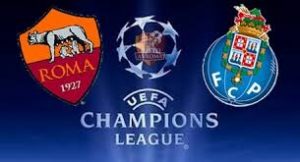 Roma welcomes Porto at the Stadio Olimpico in a first Champions League 1/8-final between these two teams. Let’s have a look at what promises to be a very interesting clash.

Last season Roma surprised a lot of people by reaching the 1/2-finals of the Champions League. Eusebio Di Francesco’s boys made a terrific campaign in the tournament, beating Barcelona in the 1/4-finals. Now they will try do to their best once again, hungry for more success.

This season Roma reached the 1/8-finals after finishing 2nd in their group, won by the current champion Real Madrid. But during the draw the Wolves had some luck, avoiding the big names and having Porto for an opponent. For them this is a great chance to reach the next round of the Champions League.

In the Serie A Roma have been pretty inconsistent this season, but they are still fighting for a Top 4 finish. Right now the Wolves are 5th in the Calcio standings with 38 points, being on par with the 4t Atalanta. They are still in a great position to chase a return to the Champions League next season. Roma are unbeaten in their last five games in the Serie A.

Porto reached the Champions League 1/8-finals after winning their group. They finished first in Group D with 16 points and an almost perfect record of 5 wins and 1 draw. They were pretty dominant in their group. 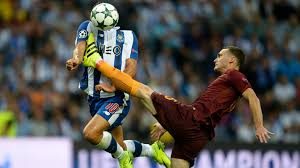 In the Portuguese Primeira Liga Porto are leaders with 51 points, having 2 points advantage in front of the 2nd Sporting Braga. In their last five games in the league they are unbeaten, but they have lost some points by doing three draws.

That’s what we had to say about the Champions League 1/8-final game between Roma and Porto.