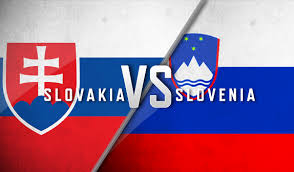 Slovakia hosts Slovenia in a game from Group F of the World Cup qualifiers in Europe. This is a really crucial match for the second place in the group.

These two teams are currently engaged in a fight for the second place in Group F. Slovakia have one point advantage in front of Slovenia, but this is something which could change very quick.

Slovakia’s record in the group so far is 12 points won from four wins and two losses. They are currently second in the group, being on two points behind the leader England. But if we accept that England are the big favourite for the first place, then the second place remains the more realistic goal in front of the Slovakian team.

Their current goal difference is 12:4. They are in a great run of four consecutive wins, the last one being achieved over Lithuania.

Slovenia on the other hand are just on point behind Slovakia. They have a record of three wins, two draws and one loss. Their goal difference is 6:3. In their last game they beat Malta with 2-0 at home. Slovenia’s goal difference is telling us that they are a team which rarely scores, but also rarely concedes goals. After England, they have the best defense in this group.

This is very crucial game for the second place in the group. Both of these two teams want to play in the World Cup, but only one of them would keep its chances to do it.

Because of home ground advantage, we could say that Slovakia have the upper hand here. They will be supported by their loyal fans and it’s an important factor in this clash. They know that winning here would be a major step for them in the right direction. They are a slight favourite.