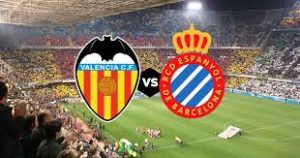 Valencia hosts Villarreal in a match from the 17th round of the Spanish La Liga.

Valencia lost the 2nd place in the La Liga standings last weekend, suffering a defeat during the visit to Eibar. Right now Los Che are third in the standings with 34 points, being on two points behind Atletico Madrid and six points behind Barcelona.

Marcelino’s team started the new campaign in a very strong way, but in the last few weeks Valencia won just one of its four last games – against Celta. Meanwhile Los Che lost twice – against Getafe and Eibar, also sharing the points with the leader Barcelona.

So far in the league Valencia proved that they could be a solid competitor to the best teams in the league, but they really need to step up their game again if they want to remain in the fight for something more this season. Even if the title is impossible to reach, Valencia’s main goal remains return to the Champions League.

Villarreal on the other hand are currently 6th in the La Liga standings with 24 points won so far. The Yellow Submarine’s record is 7 wins, 3 draws and 6 losses. In their last five matches Villarreal lost three times, but won against Celta in the last round. Villarreal’s goal remains finish in the Top 6 and qualification for the European competitions. If they can make it to the Champions League, this would be even better.

For this game Valencia can’t use the injured Jeison Murillo and Javi Jimenez, while Gaya and Carlos Soler are doubtful.

Villarreal will be without Ruben Semedo, Nicola Sansone, Leo Suarez and Andres Fernandez, while the Italian defender Daniele Bonera is doubtful with a hip injury.

Valencia and Villarreal always make good spectacles for the fans. We hope that this time they won’t dissapoint.