Viktoria Pilzen welcomes Real Madrid in a game from Group G of the Champions League. Let’s take a look.

Just as everyone expected, Viktoria Pilzen are the underdog in this group. The Czech team currently have just one point won in this group, being 4th in the standings. Their only point so far was won against CSKA Moscow in the first round. After this, Viktoria suffered two consecutive losses against Roma and Real Madrid.

Real Madrid are the currrent European champion and they are leading this group with 6 points won from the first two rounds. Los Blancos suffered a surprising defeat against CSKA in Moscow, but against Roma and Viktoria they were flawless.

Two weeks ago Real Madrid hosted Viktoria at the Santiago Bernabeu and achieved a 2-1 win, thanks to goals from Karim Benzema and Marcelo. Patrik Hrosovsky scored for the Czech team, but this was not enough for the visitors.

Times are hard for Real Madrid at the moment. The head coach Julen Lopetegui was sacked by the club’s board, because of the bad results he achieved since his appointment. Lopetegui was replaced by the caretaker Santiago Solari. Most likely he’s going to finish the season for Los Blancos. 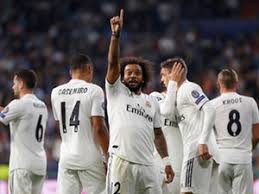 Real Madrid are not looking good at the moment. The departure of Zinedine Zidane and the transfer of Cristiano Ronaldo took away a lot of this team’s class. It’s obvious that Real cannot replace Ronaldo at this moment, while Zidane is truly missing as well.

These are our thoughts about the Champions League clash between Viktoria Pilzen and Real Madrid. The Czech team have the advantage to play at home, but will this really help them against Real Madrid? Los Blancos are starting a new life under Santiago Solari, winning their first two matches with the new manager. Can they make it three in a row?