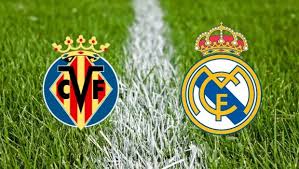 For Real Madrid it’s a dissapointing season in La Liga. Just 12 months ago the Los Blancos dominated the Spanish league and won it. But things didn’t go too well for them in the last year. Zinedine Zidane’s team was a shadow of itself, which allowed Barca to win the title without much of a competition.

Villarreal on the other hand are 5th in La Liga with 60 points. They are on par with the 6th Real Betis, but they have better stats. The Real Madrid could drop to 6th place in the last round of the league, but it won’t change much for them. They are going to qualify for Europa League in both cases.

Of course, getting a positive result against Real Madrid is always a matter of prestige. Villarreal will try to win, because of them it’s a last home game for the season. And the fans would be happy to see it.

Real Madrid on the other hand are having their last repetition for the Champions League final. This is their last game before they face Liverpool in Kiev.