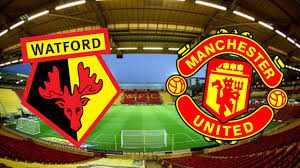 Watford welcomes Manchester United in a match from the 5th round of the English Premier League. Let’s take a look at this clash and see what’s going on with these two teams.

Watford started the new season in a really sensational way. Javi Gracia’s team won all of its four matches since the beginning, beating Brighton & Hove Albion, Burnley, Crystal Palace and Tottenham. Nobody really expected that Watford would be doing so well, but they are flawless since the start of the new campaign.

In the previous round Watford enjoyed a 2-1 win over Tottenham at home. Troy Deeney and Craig Cathcart scored the winning goals for the home team, which was a fourth consecutive win for Watford.

Manchester United did not have the best possible start of the new campaign. The Red Devils are currently 10th in the league standings with 6 points, having a record of two wins and two losses since the beginning. In the previous round Jose Mourinho’s team enjoyed a 2-0 win over Burnley away from home. Before this United had suffered two consecutive losses, so they really needed this win in order to regroup.

The situation is difficult for Jose Mourinho. The Portuguese manager is highly criticized by media and fans, because Manchester United do not look like a team which is capable to fight for the title. This is Mourinho’s third season at the Old Trafford and so far his reign at the club is far from impressive. If the Red Devils do not enjoy a successful season, this could be Mourinho’s last campaign at the club.

This is our look at the Premier League clash between Watford and Manchester United. United are the bigger club here, but Watford are doing better since the start of the season, plus they have the advantage to play at home.