We are taking our attention to Group G of the FIFA World Cup in Russia, where one of the favourites for the trophy Belgium is about to play its second game at the competition. The Red Devils will face Tunisia in a clash at the Otkrytiye Arena in the capital Moscow.

Everything is going just fine for Belgium since the start of the tournament. Roberto Martinez’ team started with a convincing win, beating the debutant Panama with 3-0. Two of the goals were scored by Manchester United’s striker Romelu Lukaku, while Dries Mertens also shined with a fantastic volley, which sent the ball to the net.

We’ve said it many times that at this moment Belgium has its best generation ever. This Belgian side have superstars at literally every position, which makes the Red Devils one of the big favourites in Russia. Appointing Roberto Martinez as a head coach was just another step in looking for a different level of performance. Until recently Belgium would have been happy with reaching the 1/4-finals, but now the big goal is winning the title.

Tunisia on the other hand had an unlucky start of the World Cup. The Africans were very close to win a point against the strong English team, but a late goal from Harry Kane in the last minutes gave England the win. Now Tunisia need to take something from the Belgian team, if they want to keep their chances of something more in this group. Although let’s be clear – it would be very hard for them to beat Belgium and England for the first two spots in the group. 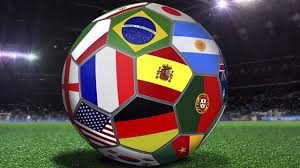 Belgium have a full squad for this match, with the only exceptions being the experienced, but injury-prone defenders Vincent Kompany and Thomas Vermaelen. Both of them are still healing from their last injuries, so most probably they won’t be in line for the next game. In their absence, it’s going to be Dedryck Boyata who will partner Jan Verthongen and Toby Alderweireled in defense.

Tunisia will be without their starting goalkeeper Mouez Hassen, who injured himself during the loss against England. He will be out of play until the end of the tournament. Meanwhile it’s expected to see some other changes in Tunisia’s starting line-up, with Oussama Haddadi replacing Ali Maaloul at the left back position.

Belgium’s manager Roberto Martinez said some good things about Tunisia before the game. He described them as a brave and dynamic side, which could cause some troubles to his team. You can be sure that Martinez won’t let his players underrestimate their next opponent.

Clearly Belgium are the clear favourites here. The difference in terms of quality between these two sides is just too big. Yes – Tunisia were pretty close to winning a point against England, but we expect to see some domination by the Red Devils. They know that they have to win, before facing England in a direct clash for the first place in the group. This is going to be the big game in this group, no doubt about this.