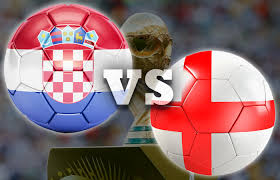 Croatia faces England in a 1/2-final match from the FIFA World Cup in Russia. This clash is going to be played at the Luzhniki Stadium in the capital Moscow. Let’s have a look.

Croatia reached the 1/2-finals of the competition in a similar manner in the previous two rounds – after extra time and penalty kicks. The Croats showed an impressive effiency from the white spot, winning against Denmark and the host Russia. But how these extra 60 minutes affect their performance against the Three Lions on Wednesday night? We shall see.

Engand also played an extra time and penalty kicks against Colombia, before beating Sweden in the regular time during the 1/4-finals. We guess that the Brits will be a little bit more fresher than their next opponent. Croatia had a tough 120 minutes game against Russia and most of Zlatko Dalic’ players were very tired. But they do not have any other choice than recover and chase their dream of a World Cup final.

Croatia’s head coach Zlatko Dalic has a serious problem before the game. He can’t rely on influental defender Sime Vrsaljko, who got injured during the extra time against Sbornaya. Vrsaljko is going to miss the match against England, which means that Dalic has to make adjustments. Most likely Domagoj Vida will be moved to the right back, while the veteran Vedran Corluka will start alongside Dejan Lovren in the heart of the defense.

England’s manager Gareth Southgate had worries about the condition of the midfielder Jordan Henderson. Hendo got injured during training with the Three Lions, but reports are saying that he will be fit to feature against the Vetreni. This is important news for England, because Henderson is a key figure in Southgate’s formation.

Against Russia Zlatko Dalic left Marcelo Brozovic out of his starting team, deciding to include the forward Andrej Kramaric. This made Ivan Rakitic move to a more defensive role, playing as a holding midfielder. Don’t be surprised if Dalic brings Brozovic back in the team against England, moving once again Rakitic more closer to the opponent’s goal.

Gareth Southgate will continue to rely on his 3-5-2 formation with Harry Kane and Raheem Sterling playing upfront. Against Sweden the Three Lions once again scored a goal from a dead ball situation, so you shall expect England to be very dangerous during corner kicks and free kicks. Croatia need to pay special attention to this, because the Brits scored most of their goals in this way.

It won’t be surprising if the match between Croatia and England at the World Cup 1/2-finals goes in extra time. These two teams look every even in terms of class and current form. Both of them will be very cautious in their approach, because they know that every mistake could kill their dream of playing in the final. Both teams have very good players, who know how to win games. The question is – who will be better prepared for this one?